“Love is powerful. It can bring the gods to their knees.” - Aphrodite
Aphrodite, the Goddess of beauty + love, was born from the foam of the sea and excited passion in the hearts of gods and men, and by this power ruled over all the living creation.
*Each stone is one of a kind. Your stone will not be exact as photo which makes it so unique.  Not eligible for discounts or returns.

This stunning ring is available in Morganite.

It brings healing, compassion, assurance and promise. With its gentle pink energy, Morganite attunes to the heart and the Heart Chakra. It cleanses the emotional body of stress and anxiety, old wounds and hidden traumas, and enkindles lightness within the spirit, as if a burden has been lifted.

Please remember that each Morganite stone is a natural entity and no stone is identical in shape and color.

She is Wild Ring

She is Wild Coin Necklace

Thank you for submitting a review!

Your input is very much appreciated. Share it with your friends so they can enjoy it too!

I love my beautiful ring! 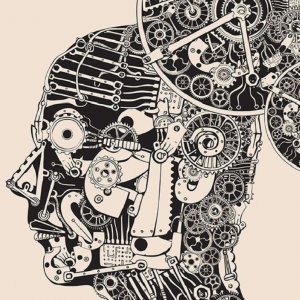 United States
This Ring is a Flex!

I got this ring as a surprise gift for my girlfriend and she absolutely loves it. A few months ago I received a screenshot from her asking if I liked the ring— to which I "unenthusiastically" replied— yes, but suggested that she should save her money because I have some hippie friends that can make her a similar kind of ring. So naturally, after the conversation I immediately went and bought the ring. I surprised her with it on a vacation several weeks later and she lost her ****! She has since received lots of compliments. Dudes: if you're trying to flex on your relationship— get this ring. Ladies: if you're trying to flex on your jelly friends— get this ring.

I love this ring! You can tell it is unique because of the cut and shape of the stone. Another great product from James Michelle!

I didn’t really know what to expect when I ordered this ring. I looked really pretty in the pictures but let me tell you, it is SO much better in person!!! It Is Fabulous!!! I get so many compliments every time I wear it out!! So don’t hesitate- hit the buy button now!!!

Absolutely beautiful ring! I love it's uniqueness and color and receive a compliment EVERY time I wear it.